A few years ago I was at one of those big multi-day outdoor concert festivals that you occasionally hear about and some guy there was selling fried Three Musketeers candy bars for like $5 each. He had a bunch of long sticks and he would prong a candy bar like a hotdog and then dip it in the batter. Then he would put it into a big pot of super hot oil and fry it. The chocolate would get all oozy and delicious and the batter would soak it up into one big long delicious fried chocolate stick. I got like four or five of them that day for breakfast and I don't think I've ever had anything else that was nearly as good. It was like angel droppings from heaven.

The next day the same guy was frying oreo cookies in batter. I don't want to say for certain whether the fried oreos were better than the fried three musketeers, or vice versa, because they were both outrageously good. On one hand the three musketeers bar was big enough that a few of them could fill you up, but on the other hand, the oreos were small enough that you could stuff like five or six in your mouth at a time, so its a really tough call here.

I forget how he was making the oreos because I know you can't put an oreo on a stick, and I know he wasn't reaching in the hot oil with his hands to get them out. I guess this is just one of the mysteries that may never be solved.

Bottom line is that this guy was onto something extremely profitable and extremely easy. All you need to do is get a bunch of sugary, chocolate-based fat, dip it in batter, and then dip it in more fat. 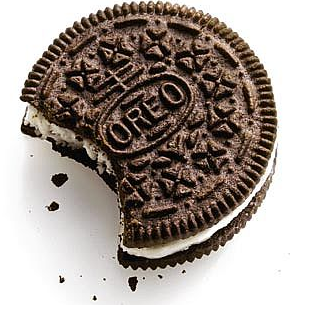 Posted by howtomakeadollar at 5:57 AM