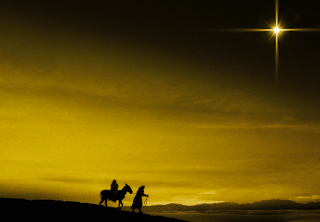 Merry Christmas to everyone!  We hope that you have a wonderful Christmas and a Happy New Year.
Posted by howtomakeadollar at 11:48 PM 0 comments

Christmas is almost here!  It is now less than two weeks away.  Where has the year gone?  Well, now that it is Christmas time... it is time to send out Christmas cards.  Everyone loves Christmas cards!  Especially all of your relatives you only get to see once or twice a year.  Most people hang them on the refrigerator or display them on the wall.  This is quite a lot of pressure... because you and your family will be up against all of the other picture perfect families.  If you don't have a picture perfect family, its okay.
Example of perfect family: 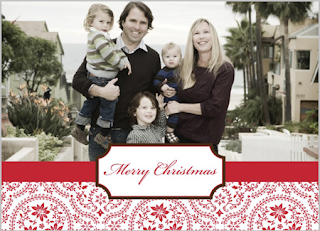 
I have used Shutterfly in the past and they have been fabulous.  There are a wide variety of cards you can choose from.

This is super easy.  All you need is a picture and a computer.  Choose the one you want, upload your picture and your good to go.  The shipping is fast and the cards look great!

Check it out!!!!!  Thank you shutterfly for making such a great product.

Along with Christmas cards they also have birth announcements (it helps if you have a baby), calendars (it helps if the world has not ended), and oh so much more!

With Shutterfly you can sign up and blog about Shutterfly's Christmas cards and they will give you 50 FREE!  Thats worth about $60.  Not too bad.
Sign up here:  http://blog.shutterfly.com/5358/holiday2010-blog-submission-form/
But you have to sign up by December 15th... so don't wait!
Posted by howtomakeadollar at 8:00 AM 0 comments

Howtomakeadollar has been trying to make money not only from our business ideas... but also from our blog.  We haven't really been to successful since we lost $107 because of our "invalid" clicks through our google adsense account.  But, we have found some success with blogsvertise.

We have been signed up with blogsvertise now for a couple of months.  We seem to only get an assignment every three months or so.  Not very often.  But, blogsvertise is the only company that has actually paid us for blogging!  And for some reason they paid us again.  We have not had an assignment for a long time... but for some reason, WE GOT PAID!
Granted... it was not a lot of money, but it was money non the less.  THANKS BLOGSVERTISE!

Posted by howtomakeadollar at 10:35 PM 1 comments

So it looks like howtomakeadollar is full of good ideas.  One of our ideas... which we actually didn't blog about because we were working out the details of our idea... was to start a website called "whatwillyoudoforadollar."  Kind of a long name and not very catchy... but the idea behind the website would be to have people post things they are willing to do for $1 and/or post things they are willing to pay people to do for $1.

Well... it looks like this idea has been stolen from us!  Somehow, even though we never blogged about it, someone found out about our idea and made it better.  Sort of the like the pot head guy and the jesus toaster.  The better/cooler/very well executed website that stole our idea is FIVERR.COM

They one-uped us by charging $4 instead of $1... and they actually created a cool website... we did not.
Posted by howtomakeadollar at 9:20 PM 0 comments