This is the sixth part in a series on real-life businesses that operate in third world nations. You can read the whole series here. So far each of our businesses that we've highlighted has been relatively harmless. Yes, there was the flaming roadblock, and the snake charmers, but in general even these are relatively benign for a tourist to witness. However, travel to the third world is not all fun and games and wacky businesses. There is a darker side to travelling in these countries.

Western Bolivia is a major tourist destination in South America. The city of La Paz sits in a valley surrounded by 20,000 foot mountains that are snow capped year round. It is the primary hub from which tourists visit Lake Titicaca, and is relatively close to the world's largest salt flat (sounds boring, but is awesome). 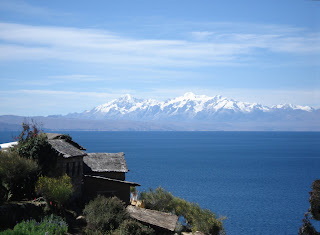 For this reason, there are gazillions of tourists running around at all times, and foreign money is one of the primary sources of revenue for the city, which is surrounded by inhospitable mountains and the arid Altiplano, on which nothing can grow. There are lots of legitimate tourist services in La Paz, but there are at least as many swindlers and thugs.

La Paz has a robust taxi system, and all legitimate taxis are registered with the city government. These taxis are always white with a green stripe, and always have a telephone number printed prominently on both sides of the side of the car. However, there are other illegitimate taxis all over the city. If you walk down a main street, you will probably see three or four of them drive past you. They are everywhere. A very common crime in La Paz is for one of these rogue taxis to wait around by the La Paz airport, or one of the major bus hubs, and pick up a tourist or two. The driver will be friendly and offer a good deal, but will promptly drive them to a spot where a gang of thugs are waiting. The thugs will drag the tourists out of the car, strip them naked, and take all of their stuff. Sometimes they murder their victims, sometimes they just beat them up. Its very common.

I was aware of this practice during my time in La Paz, and it probably saved me on at least one occasion. I had just returned from a bus trip to Titicaca, and a rogue taxi pulled up to pick me up. A passenger got out and grabbed my backpack and tried to load it into the taxi.  Both he and the driver were extremely pushy about getting me to get in the car, but I shoved the "helper," grabbed my backpack, and hailed another legit cab. A group of onlookers took up my defense and yelled at the rogue driver. I don't know. Maybe they were just being helpful, but I doubt it.

In any case, this kind of thing is pretty common in large third world cities. La Paz has a reputation for it, but if you do any travelling to poverty stricken nations, you should be aware of your travel arrangements and be careful what cars you get into.

Posted by howtomakeadollar at 5:50 AM